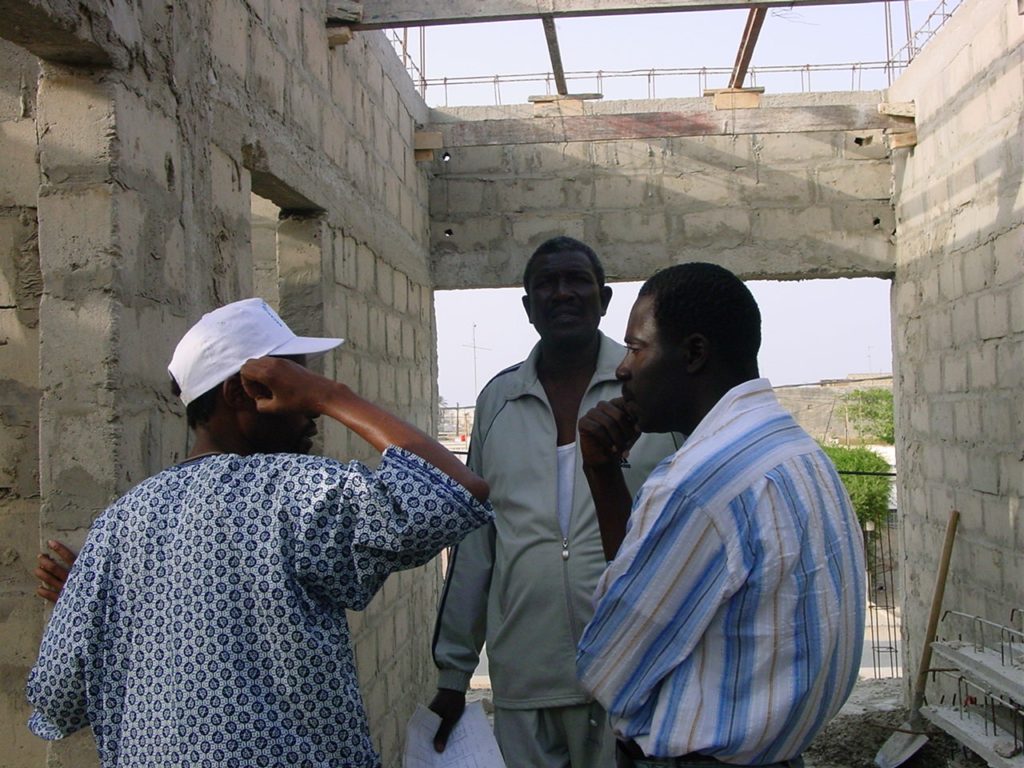 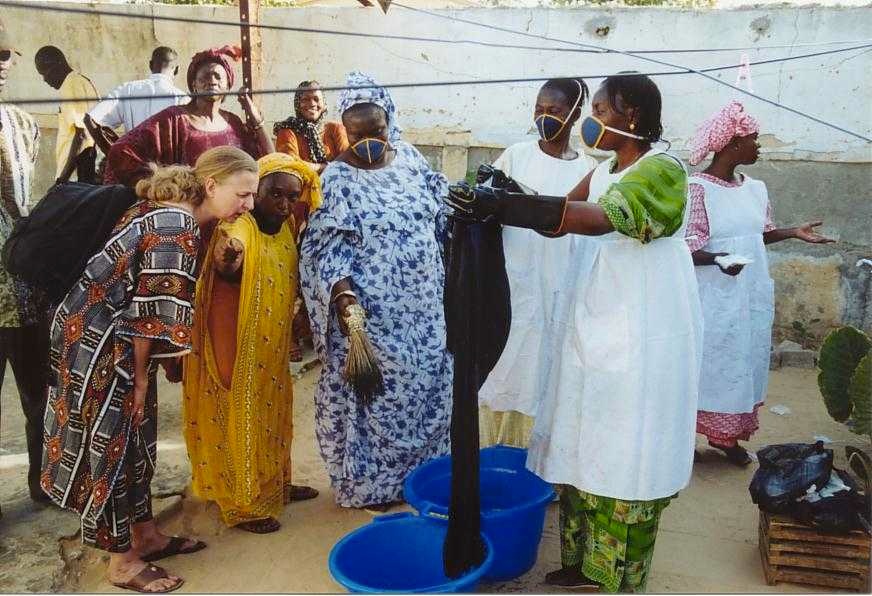 The centre Keur Mame Fatim Konté is located in Saint-Louis, the former capital of Senegal. The old city centre situated on an island in the Senegal river is a UNESCO world heritage site and one of the touristic highlights of Senegal with colonial style houses and the famous Pont Faidherbe. Across that bridge, in the neighbourhoods HLM, Leona and Eaux-Claires the character of town changes drastically.

Unemployment and poverty are widespread and the families often lack the minimum.

In 2001, a contact was established between the German representative of the Lufthansa aid organization help alliance, Rita Diop, and the so-called Council of Leona. Right from the start in 2002, women have been in the focus of the cooperation. Alphabetization classes and other trainings were provided to generate small incomes for the women and their families.

After a few years, it became evident that the training activities needed a proper space and with the financial support of help alliance a property was bought and a training centre was built, which opened in 2006.

The Centre d’education et de Promotion Sociale Keur Mame Fatim Konté is more then just a training centre for approximately 200 young people, mostly women, and a pre-school for about 100 children. It is a community centre for all the population as well as an employer for around 30 staff members.

Since its opening, more than 600 students of the vocational training courses tailoring, hairdressing and catering received their school diploma or CAP, state diploma. Around 80 per cent of them work in their porfession. The Centre is well known and students are seen as well qualified.

Also for the roughly 450 children of the pre-school who left to continue their school education at one of the nearby primary schools the centre has made a big difference. They are always among the best students in class and they have had experiences that their class mates are lacking.

More than 400 street children have benefitted from the care they have received at the centre. Not only food, health or hygiene have been provided to them, but maybe just as important the centre provides psychological support as well as just a bit of peace and safety. 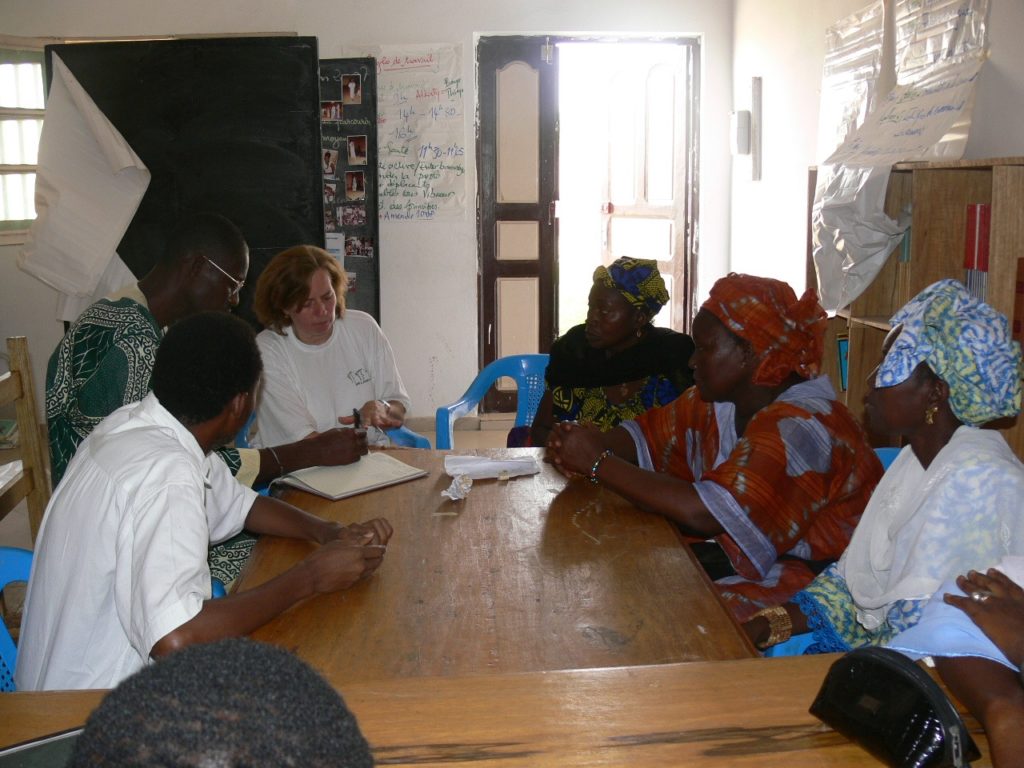 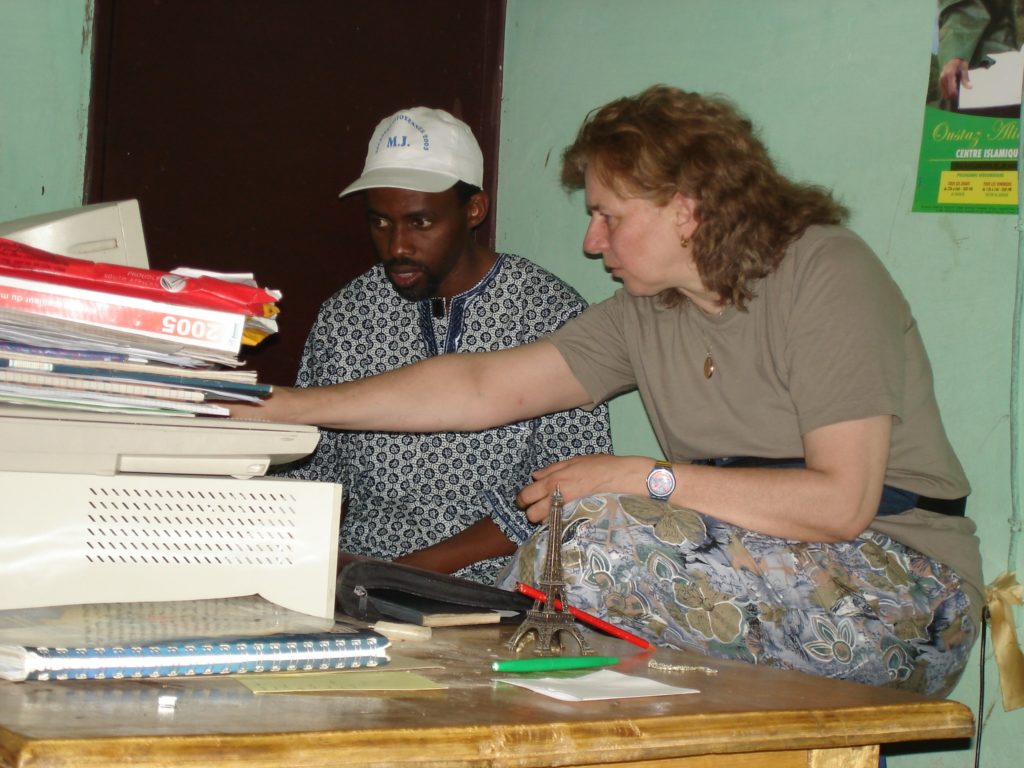